If you have been reading any of my Whole 30 food logs you may have realized I love to sautee veggies with some bacon grease and then mix in four eggs and call it a meal. I figured I would show you how much veggies I put into those eggs and how I prepare them. Sounds simple, right? It is. I was just super proud of tonight’s egg salad. 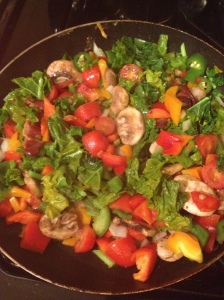 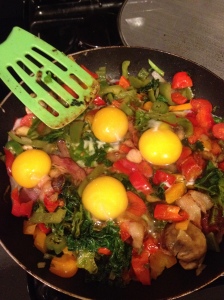 And, I gotta say, never have I been so frustrated with formatting with WordPress. This was a pain in the rear end to get to look as crappy as it does with the bullet points. I should have just done a gallery, so much easier.